When you're setting up your first workflow with Dropbox, you'll need to create a credential through MESA's Dropbox App or through your own custom Dropbox App. Click on Authenticate with Dropbox to complete the process.

When you connect Dropbox with MESA, Dropbox will create a folder called MESA, under an Apps folder.

Here is an example that sends uploaded files into a folder called Orders within the MESA folder: /Orders/{{filename}} 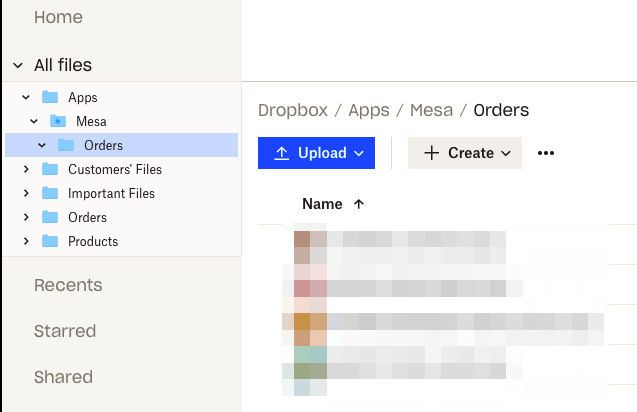