To test a workflow, use the Mesa Test feature.  This feature lets you test using an example payload, recent payload, or custom payload.  The payload refers to the data that is used to trigger the workflow.

From here you can select the payload you want to use to run a test:

Testing a workflow with an Example Payload 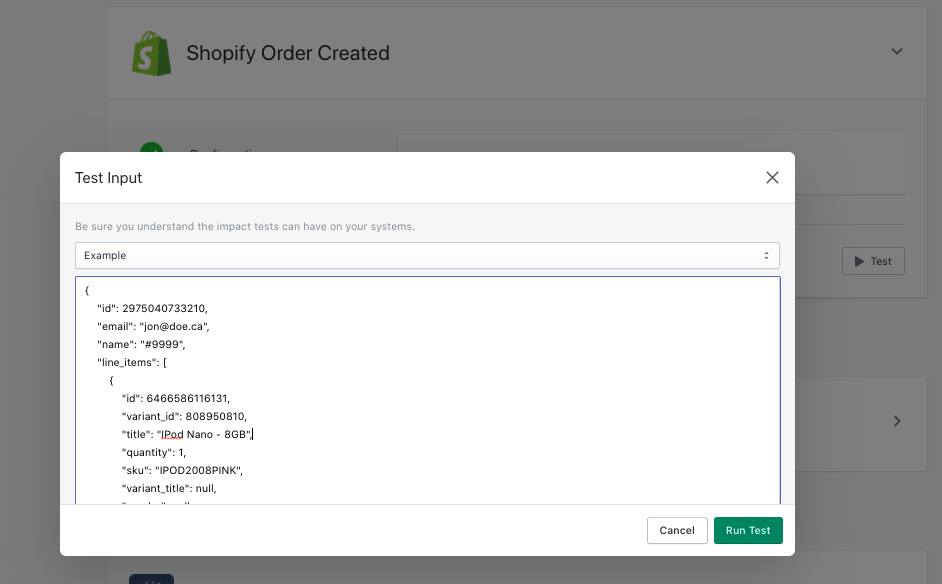 The Example Payload will trigger the workflow using a pre-set payload.  This payload is standard for each trigger.  It does not contain live data.  Because of this, the payload may result in an error depending on the Actions of the automation.

For example: Imagine that your workflow attempts to update a Shopify Order.  If you test this workflow with an example Shopify Order Create payload, the test will fail because the example payload does not have a valid Shopify Order ID.

Testing a workflow with a Recent Payload 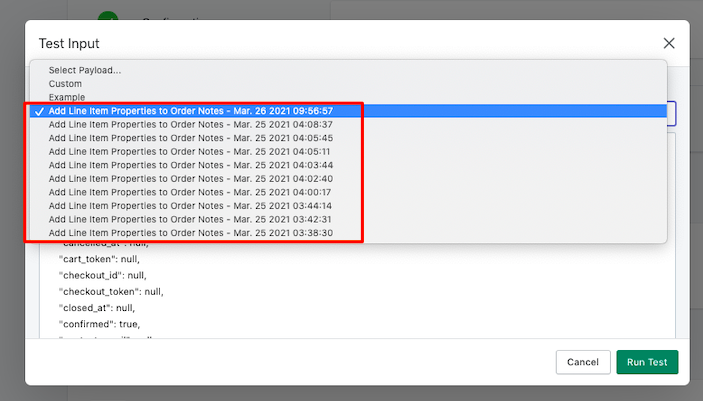 The Recent Payloads will trigger an automation using data from the most recent instances that the automation detected.  The 10 most recent payloads will show in this testing feature.  This method is useful if your automation requires valid data to complete successfully.

For example, if you are trying to tag a customer if the order is placed from Canada, a recent payload will work well as a valid Customer ID is required to complete the automation successfully.

If you choose to test using a Recent Payload, Mesa will run the automation as if the automation was enabled.  Therefore, make sure you are comfortable with the output of the test.

For example, if you are tagging an order when it's total price over $100, make sure that you are comfortable with Mesa adding this tag when you test.

Testing a workflow with a Custom Payload 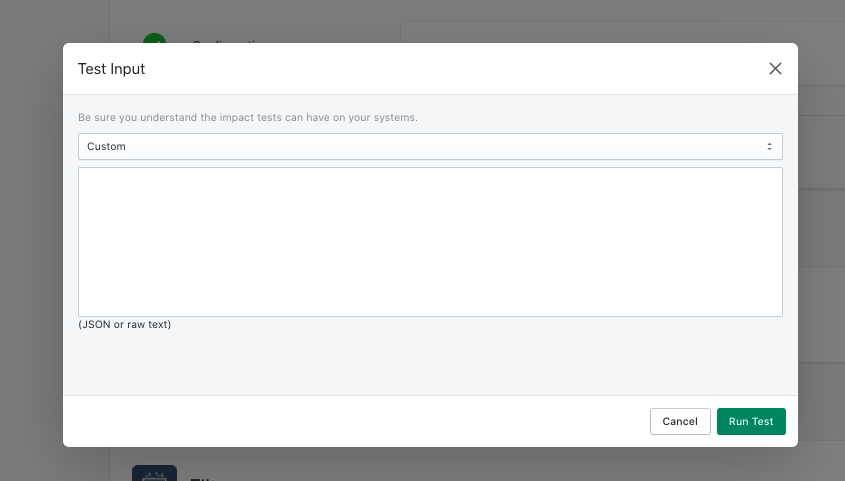 The Custom payload feature lets you paste in your own custom data to run a test.  This is useful if you are well acquainted with your trigger's data structure, and have access to payloads.

You can manually edit any part of the payload before running the test. This is useful if you want to tweak certain properties of the payload.

3. View the Status of the Test

Once you click to Run Test, it is useful to View the task.  This will show you if the task ran successfully or not: 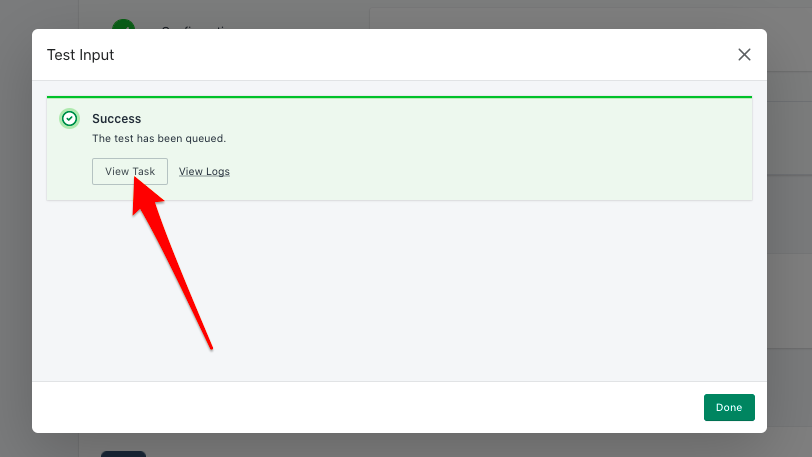 When viewing the task, you can see if the tasks were completed successfully or if they failed: 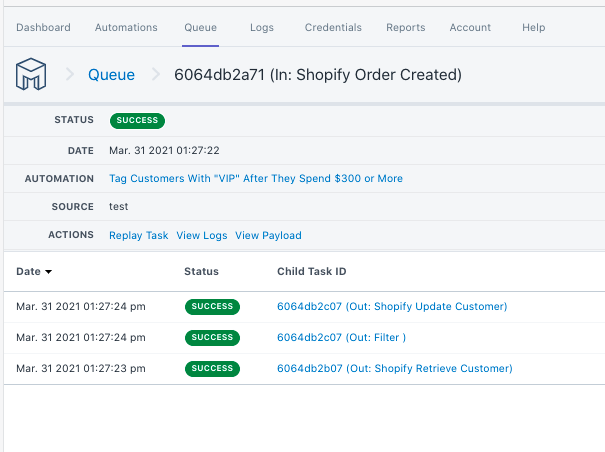 4. View the logs of any Failed tasks

If your task failed, it is recommended to view the logs of the failed task.  This will give you some insight into what went wrong.  To do so, click the failed task: 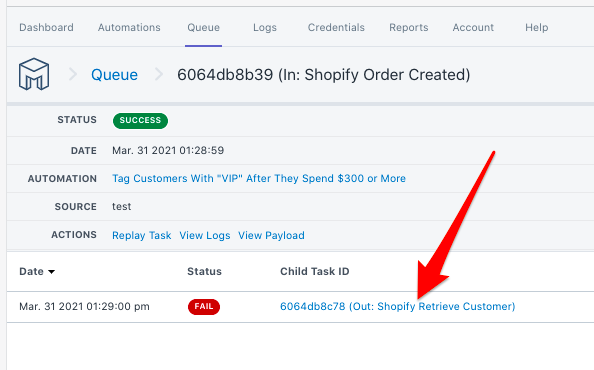 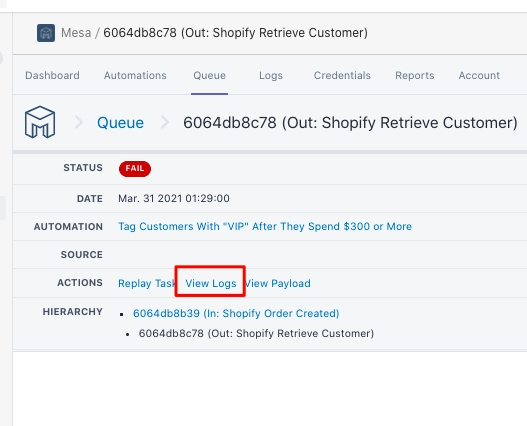